Get Mind Blowing Traffic from Reddit. Warning Your sever may go down of traffic :)

In This Course I will show you Step-By Step Process How you can generate traffic for your Niche, Targeted to your website. This is Very short course of 12 mins with NO Time Pass. So all in all its a very information intensive course.

Reddit is an entertainment, social networking service and news website where registered community members can submit content, such as text posts or direct links. Only registered users can then vote submissions "up" or "down" to organize the posts and determine their position on the site's pages. Content entries are organized by areas of interest called "subreddits".

Reddit was founded by Steve Huffman and Alexis Ohanian. It was acquired by Condé Nast Publications in October 2006 and became a direct subsidiary of Condé Nast's parent company, Advance Publications in September 2011. As of August 2012, Reddit operates as an independent entity, although Advance is still its largest shareholder.[5] Reddit is based in San Francisco, California. 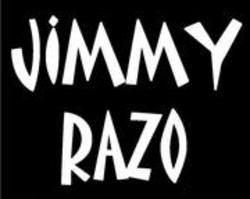 I have been building sites with WordPress form quite a while and have built number of site on e-commerce, blogs, & more than 100 small niche and business sites.

My goal is to share what I've learned with you, so you too can become a developer and work with Wordpress to help someone or create your own projects on the world wide web.

I am also a Entrepreneur as we all know in today's world of intense competition its is indeed difficult to earn livelihood from one source of income so i have also developed few other business which are really giving me a descent amount of money on a consistent basis, soon i would also be introducing a course to you about those business and describing insight of it

Your First Section
Available in days
days after you enroll

When does the course start and finish?
The course starts now and never ends! It is a completely self-paced online course - you decide when you start and when you finish.
How long do I have access to the course?
How does lifetime access sound? After purchase, you have unlimited access to this course for as long as you like - across any and all devices you own.
What if I am unhappy with the course?
We would never want you to be unhappy! If you are unsatisfied with your purchase, contact us in the first 30 days and we will give you a full refund.
off original price!